Say It Ain’t So: Back In The Studio 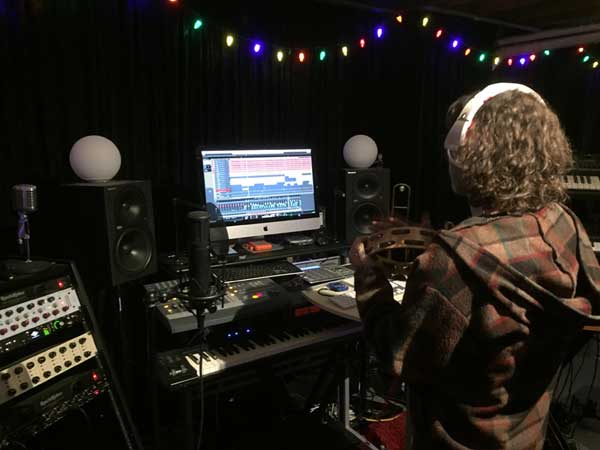 05 FebSay It Ain’t So: Back In The Studio

Good morning my fellow Asteroids!  It is I, Grant, of the elusive Surprise Asteroid.  I couldn’t be happier to share the news I have for you all today.  Let’s just dive in together, shall we?

I had the opportunity to take one of my brand new songs down south to Nashville, TN and work on it together with a musical hero of mine:  John Mark Painter.  So, uh, yeah, I totally jumped on that.

For those who don’t already know his name, he is the most multi-talented musician in existence (or at least in my musical world).  Using his vast array of instrumentation and production skills, he has helped the likes of many names, big and small.  I have followed him since I was in high school and longed for the day when I could see his band, Fleming & John, which was signed to Universal Records at the time.

Memory Jogging Moment:  How about this hit song?  Or this amazing rocker?

Little did I know that someday I’d be working with him on a song that I wrote.  This was an event that was too great to even make it on the bucket list, so I will try not to gush much more about it.  The short story for Surprise Asteroid is that the song John and I recorded together is nearing completion.  We put down tracks at his own IHOF Studios in December, 2016 and began editing and mixing in early 2017 once the holidays had passed.  It is in the final mixing phase and we are pumped to share it with you! Thanks to you all.